Today is the day I get myself back in a routine!

Back from the Holidays and a break a wee bit longer than I had hoped to take. I hope you all had an amazing Holiday Season. We had the most amazing Christmas, and New Years Eve. I hope too, that you were able to try one of my Holiday desserts.

If you’ve been following me on social media or read my last blog post then you know that unfortunately over my break from blogging we unexpectedly lost my Mother-in-Law, Victoria. I never gave any details about how we lost her, but since the services are over I am willing to share now.

On New Years Day my husband and I were lounging around recovering from the night before. We planned to stay in PJ’s and watch movies with the kids all day. Until we received a call with alarming news. My Mother-in-Law was in grave condition in the ER in San Luis Obispo and we needed to get there quick. We arranged for a sitter right away and left as soon as we could.

On the hour drive to the hospital I texted Leo’s Best Friend. I am as supportive as a great Wife can possibly be, but when things like this come up my Husband needs his Best Friend. As we arrived at the hospital we found Marcus there waiting for Leo. Also at the ER was my Mother-in-Law’s partner, Alma, pacing back and forth, crying hysterically. Leo and Marcus ran in to find my Mother-in-Law and I stayed in the waiting room.

I waited patiently for him to return, all the while the waiting room began to fill up with family and close friends. The ER staff was probably pretty frustrated as the small ER waiting room turned to standing room only.

When Leo returned he filled me in on what had happened to his mom. She was experiencing internal bleeding above her stomach at a lethal flow. They operated that evening and were able to stop the blood flow by putting a band over the ruptured vein. They sent her to the ICU and we had a little bit of hope for the time being. We asked our family and friends to go home with the same hope we had and we would keep them updated. A few of us transferred over to the ICU waiting room. One of us ran to get some food and coffee; we expected it would be a long night.

When the ICU Doctor finally came out to give us an update. She said that in the transition from the ER to the ICU another spot had started to internally bleed and that they were doing everything they could to stop it. They allowed us to go in and say goodnight to her, she was already hooked up to a breathing machine and her blood pressure was very, very low. Since the blood pressure was so low they were unable to give her pain medication. My heart ached trying to imagine the amount of pain she must have been in at that time. We said Goodnight and headed home for a shower and hoped for a few hours of rest.

We arrived home at about 2 A.M., showered and climbed into bed by 2:30. No more than an hour later Leo received a call from the hospital asking us to return and quick. We quickly dressed dropped the girls off with my brother and sister in law and headed to the hospital.

When we got back to the ICU, we were relieved to see that Leo’s Uncle(Victoria’s Brother) and his wife had arrived from Arizona and were with her the couple hours we were gone. Leo gave the consent for them to give Victoria more blood transfusions. There would be 6 bags of blood and 2 bags of plasma. We stood next to her and wept, at that time it was apparent just by the way the breathing machine took over her body, and the way her face had changed color and shape, her hair appeared more gray, we knew our time with her was winding down.

The blood and plasma went straight to her belly and filled it up like a water balloon. The nurse did a nerve test to see if when she pushed on her nail beds my Mother-in-Law would react, nothing. The man who gave her the blood transfusions gave us the hard truth, which is what we wanted and needed. He said, “Giving her this blood is our last hope, after the blood and plasma are done I believe her heartbeat will be all over the place, slow, then fast, then superfast. It won’t be much longer after that” Without going into redundant detail, that is exactly what happened.

Leo had a few moments with the Dr’s and his mother and made the request to take her off the breathing treatments, the life support. He called us all in and we stood around her as we watched her take her last breaths. My Mother-in-Law passed within moments of being removed from the breathing treatment. My husband holding one hand, and I holding the other.

It was a sad day.

” For whatever reason God seems to bring our loved ones home to him during the Holiday time. “ a quote from the article I posted near the anniversary of my Dad’s passing.

We found ourselves here again, this feeling of grief my husband and I know all to well already. Just because you know what it feels like definitely doesn’t make it any easier. Especially when you have 4 little ones that will be grieving with you. With our saddened hearts we made it through the funeral planning, and then the service.

If there is one great thing about losing a loved one it’s that it has the potential to bring your family closer. Just that happened for my husband’s family, Our Family. It was beautiful the way that everyone came together and made everything just as Victoria would have wanted it. The service was held at our home church in Arroyo Grande, it was flawless. I faced my fear of speaking at a funeral and got up there and read in both English and Spanish; words I had wrote for her. Her celebration of life was absolutely beautiful.

Now of course it’s all over and we’re back home. We finally had our day to lounge around and watch movies with the kids this past Sunday. It was so nice and much needed. Our little ones did so amazing throughout all of this.

We appreciate, SO MUCH, all of the prayers, cards, hugs and just simple texts to let us know you were thinking of us. Little gestures like this are what keeps our hearts beating and certainly helps us through the process.

With all of the loved ones lost in the last 3 years. It reminds me more and more of how important it is for us all to just love each other. More importantly it brings me closer to God.

2 thoughts on “Returning from the Holidays” 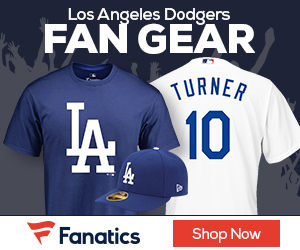